When the driverless car comes in...

Road Rage will disappear..! Which means we'll have to take it out on the voice activated fridge - the only thing still speaking to us..!

And then with the advent of the cyclistless bike, the streets will at last be quiet..

Not sure where this is going, its the writerless blog..!
Posted by Keep an eye on the man at 04:18 No comments:

Yesterday, most of the main six o'clock TV news bulletins were led by the story of a precocious fifteen year old schoolgirl from Eastbourne who ran away to France with her 30-year-old maths teacher…not kidnapped and smuggled across the Channel in the boot of his car, but rather, went willingly. As I said, this story led most of the news bulletins at six o'clock - Channel 4 News at 7 o'clock was restrained enough to have it as its third lead.

As I say, we've come a long way and if the Tarquins who are in charge of TV now had been running the news media in 1940, I'm sure that Gracie Fields buying a new husband would have led the news over the eminent Nazi invasion.

The police were on the ropes. After news vendor, Ian Tomlinson, was casually murdered by a policeman in a fit of pique after being made a fool of by protesters and then retired on full pension while the awful truth about Hillsborough finally came out - of police incompetence, indifference and widespread criminal alteration of evidence to avoid any blame for the 96 Liverpool football fans who died that day, along comes Dale Cregan to save the day for them by killing two unarmed police women.

There was not a dry eye on camera, and if that wasn’t enough, the Tory whip, public school boy, politician and banker - I’m surprised he wasn’t an estate agent as well, then allegedly insults a policeman who was only doing his duty by not opening a gate for him.

In a moment the police were off the canvas, off the ropes and back on the attack - again and with crime rates falling year-on-year, it must be the case that the police now employ many more criminals than they have any hope of catching.
Posted by Keep an eye on the man at 23:25 No comments:

I'm cooking my third banana cake, the first two didn't cook through and through so with this one, I turned the heat up higher than recommended and baked it for TWICE as long...and it still isn't cooked...!

Think I'm going to give up on making banana cakes...
Posted by Keep an eye on the man at 09:48 No comments:

It could have gone either way..? 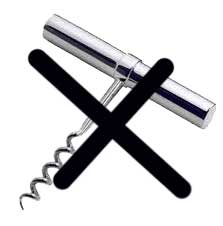 Anyway, finally, finally did the sums and although the count was close, the figure didn't lie and I had to give up the booze..!

And then they brought out wine bottles with screwon tops - NO NEED FOR CORKSCREWS, JUST WIND IT OFF - SO NO CONTEST...

About eighteen months ago I was captain of a ship called the Swanland. It was a smallish bulk carrier, carrying a full cargo of about 3,000 metric tons and trading mostly around the British coast and Ireland. 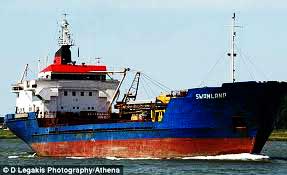 On one short trip from Raynes Jetty in Colwyn Bay, we took a cargo of limestone to Workington in the Lake District. Due there late in the evening and being completely unfamiliar with this port, I ordered a local pilot to meet us on arrival.

He duly arrived, climbing on board up a rope ladder from a pilot launch. A short broad man in his late fifties, he also seemed fairly taciturn but in the darkness of the ship’s wheelhouse, it was difficult to make him out and anyway we were only interest in getting the ship tied up alongside and the cargo discharged. The Swanland worked 24/7 (but fair's fair - they had us only do one cargo on Christmas day)

It wasn't an easy approach to Workington - the Swanland was about the maximum size for the port but the pilot did a brilliant job, swinging the ship completely round at the last moment before backing her through a lock with only a couple of feet clear on either side. We tied up in the tide free inner basin.

When we were all fast, I went into the chartroom to sign his docket and as he went to leave, idly asked was he going to stop at a pub on the way home.
"No," he replied, "I'm going straight home to change!" and then in the dim light of the chartroom, I saw he was soaking wet from head to foot.
"What happened?" I asked.
"Oh, I slipped off the ladder climbing down from the quay to the pilot boat. The rungs were icy. Went right under the hull but they fished me out," referring to the crew of the pilot launch.

I forgot to mention it was also snowing heavily. When he'd gone I went out onto the wing of the bridge to check the air temperature.

It was minus seven centigrade.

I was going to write to the local paper about him - but never got round to it.

...and ten months later, long after I'd left, the Swanland broke up and sank in bad weather off the Welsh coast of Anglesey and six of the eight Russian crew drowned (you might remember it, there was a lot of publicity becasue Prince William was one of the helicopter pilots).

The owner, a proper little English gentleman from East Anglia with a Bertie Wooster stutter had stopped paying for maintenance to the hull - but that's another story.
Posted by Keep an eye on the man at 09:16 No comments: