This year British politics are on the brink of a huge and now seemingly inevitable sea change that will make the political landscape all but unrecognisable. Two pincers are closing in fast from each side; Scottish Independence, which will become a fact this year - as much from the insanely bad Better Together campaign as anything – and Farage and UKIP on the other wing.

Scottish independence will, at a stroke, remove forty Labour MPs from Westminster, which would suggest a permanent Tory majority – except that Farage and UKIP will at the same time destroy the Tories as an effective mainstream party. They will join Labour and the Lib Dems in the dustbin of history.

There will then follow a decade of bad and volatile coalition governments of all ilks and colours until a new centre party establishes itself in the DK (Disunited Kingdom, England, Wales, Northern Ireland and Cornwall – and they will have left the EU by then as well).

The rotten, seeping core of professional metropolitan politicians that is now thankfully destroying the old party systems (where power is circulated between identical clones born for and to politics) can be traced back to Tony Blair, now a bad joke as an evil comic book villain.

You heard it first here. 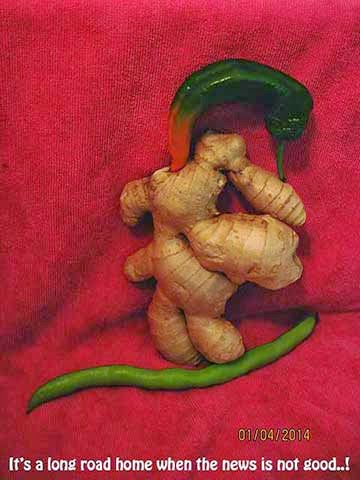 A GOOD NIGHT OF THE TELLY...

First up was the second part of a program about Kim Philby the British double agent who sent hundreds of British agents to their certain death while ostensibly working for MI6 but was actually passing everything of use on to the Russians.

When MI6 could no longer deny the overwhelming bleedin obvious - that Philby had been a Russian spy for the last thirty years or more, they didn't bring him back to London so they could try him for high treason, multiple murders...etc...etc...- and hang, draw and quarter him.

Instead they sent his best friend (they'd been to public school and Cambridge together) to tell him how very let down everyone in the office felt and he'd be lucky to get a Christmas card that year...

Then I watched the Good Wife, which was fast paced and clever with as many twists as a hang man's rope...

Then switched over to the end of Question Time but the picture was too broken and pixilated... the BBC having moved all their programs to new satellites further north to make sure that the seven crofters left in the Shetlands get a perfect picture - while the two millions expat Brits living in Europe (for mostly the wrong reasons), have now to find a supplier of cheap box sets...

Some of these expats are even up sticks (literally) and going back to Bwighty cos they just can't live without Corrie or Eastenders (come to think of it, it might all be a subtle device to raise the expat tone!)

Some people write poetry because they have to. Others so they can introduce it into some future structured* conversation to say, "...look at me - I'm just so everywhere..!"

*A structured conversation is not a natural conversation, but rather one that's structured to make some point about the speaker; how clever, how knowledgeable or talented they are...!